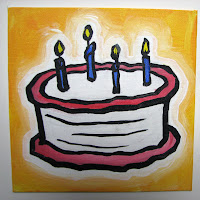 Nation, exactly 4 years ago as of the publishing of this post, The Enlightened Savage was born.

I've spoken before on the anniversary of this blog about the people who have inspired me in this pursuit, and the thanks that I owe them as just as real and vital today as they were the first time I saw their encouraging words.  To Ken, Duncan, and all the people who have piled into the Savage Sidecar since - Thank-you.

This has been a banner year for The Enlightened Savage.  It started off (the Savagian Calendar beginning in November) with the 2009 PC AGM, at which a leadership review was voted upon (and ultimately voted against).  That was a little bit interesting, but the TRUE drama of the season was occurring at the headquarters of the E.S. Nation, as former Wildrose Alliance Executive Director Jane Morgan was holding down the fort while yours truly and his blushing bride cavorted on the beaches of Mexico whilst on their honeymoon.  Jane did yeoman's work, and managed not to get me excommunicated in absentia. ;)

In December, of course, I settled the global climate change debate once and for all (you're welcome). Luckily, the world has seen fit to let my take be the final word on the issue, and all debate has since ceased.

January saw a democratic sucker-punch with 2 PC MLA's crossing the floor to the Wildrose Alliance, and the long-rumoured-but-finally-realized cabinet shuffle that, among other things, saw not-at-all-Red Tory Jonathan Denis (Friend Of the Enlightened Savage) elevated to Cabinet.

February brought unexpected news, with Dave Bronconnier shocking many, this blogger included, with his announcement that he would not be seeking re-election as Calgary's mayor.  This blog post proved prescient in 2 regards: It first introduced the idea of the Best Political Team in the Blogosphere (tm) - which eventually morphed into CalgaryPolitics.com - and it mentioned a chap named Naheed Nenshi as a potential candidate to replace Bronconnier.  So, using the "Conan-Stewart-Colbert-Norris-Huckabee" equation - I got Naheed Nenshi elected mayor.  You're welcome, Naheed. ;)

In March, I got to opine on the Reboot Alberta 2.0 event held in late February (it was an awesome experience, and I can't recommend it highly enough), and Ann Coulter was kind enough to give us all a thing or two to talk about.

While a slow month for blog postings, April saw a plea from yours truly for school board trustee candidates (we eventually got many candidates, to my delight) and provincial news with the departure of Dave Taylor from the Liberal caucus.

May, in addition to being the month of my birth, was noteworthy for, among other reasons, the entry of Kent Hehr into the Mayoral race, and the resolution (for now) of the Calgary-West Conservative Party of Canada EDA civil war.

In June, this blog gained some mainstream attention with 2 "scoops" - the leaking of the final report of the Electoral Boundaries Commission (I posted the report several hours before it appeared on the Commission's own website), and an interview via Skype with freshly-minted mayoral candidate Naheed Nenshi (perhaps you've heard of him?).  The Nenshi interview was a great conversation, notable for Nenshi's thoughtful answers AND for the absolutely brutal audio quality.  He expressed an interest in a "re-do" at some point - I'm ready when you are, Your Worship. ;)

July saw a lot of noteworthy posts, but none moreso than the royal Savaging that Alnoor Kassam earned when he tried to re-write history during his announcement of a mayoral run.  The gist? Don't say that you haven't announced anything, when you've typed the words "I am running for Mayor" into Twitter.

Since August, this site has seen a LOT of activity. The coverage provided by this blogger as a contributor to CalgaryPolitics.com was posted here.  In early August, we got a shiny new look.  September continued with a regular stream of election coverage.  In October, things went off the hook, with the actual election, a nomination for the Canadian Blog Awards in the "Best Political Blog" category both as an individual and another as part of the CalgaryPolitics team, mainstream media appearances, the move of the blog to the custom domain "enlightenedsavage.com", and - most recently - the Progressive Conservative AGM, where I was able to help facilitate the PC Party's embracing of Bloggers with full media accreditation (with the first 2 passes going to Jane Morgan and Alex Muir of "The Roundhouse").

How do you improve on a year like that? Where do we go from here?

Without giving too much away...  let's just say you're going to want to keep your eyes on this space, and follow "@oberhoffner" on Twitter.  Especially if you live, or KNOW people who live, in south-east Calgary.  There are some pretty big announcements coming in the next few weeks.

Let's hope for many more years.